Android, a mobile operating system is developed by google and based on the Linux kernel. Android has a user interface based on direct manipulation, which makes it’s primary design touchscreen. Some of the touchscreen devices are smartphones and tablet computers. For other devices like android televisions, android auto cars and android wear, the user interfaces are specialized. Android uses touch inputs, with a virtual keyboard, tapping, swiping, pinching and reverse pinching are some of the actions used to manipulate on screen objects.
Android is a very widely used operating system. From July 2013, the google play store had over one million Android applications published and over 50 billion applications downloaded.
In April-May 2013, a developer survey conducted, revealed that 71% of mobile developers develop for android.
Android’s customizable operating system is for high tech devices,which is ready-made and low-cost. With the great ability to have amazing features and functions, Android has caused a bit of whats called a “smart phone war”. 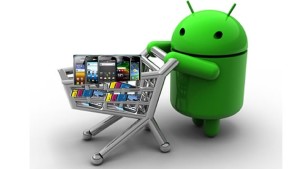 Android is popular with technology companies which require a ready-made, low-cost and customizable operating system forhigh-tech devices.Android’s open nature has encouraged a large community of developers and enthusiasts to use the open-source code as a foundation for community-driven projects, which add new features for advanced users or bring Android to devices which were officially released running other operating systems. The operating system’s success has made it a target for patent litigation as part of the so-called “smartphone wars” between technology companies